Yes, of course it is worth playing ESO, the game keeps adding new features and the playerbase is constantly growing year over year. Lets take a look at a few things in ESO.

The Elder Scrolls Online (ESO) is an MMORPG that is set in the world of Tamriel and therefore in the Elder Scrolls universe, with games such as Oblivion, Morrowind and Skyrim. The game is action-combat based and doesn’t offer tab targeting in the traditional sense. There’s something called “Weaving” which is especially challenging, but not a must. It adds an extra challenging level to the gameplay and is not very easy to master, which is why most endgame players strife to successfully master Weaving. If you want to know more about it and you feel ready to learn more, you can take a look at this guide!
You level a character from base level 1-50, and upon reaching level 50 you also start gaining Champion Points. These Champion Points are account-wide and help you with making the game easier for you, giving you quality of life options and making you level new characters more quickly. Max gear is 160 Champion Points, the only thing that makes a character better is Champion Points. Everyone can play with everyone, faction doesn’t matter, nor does level matter. Only time when a faction matters is in PvP (except BattleGrounds). Overland content is pretty easy, but newer group content really is challenging, especially in the harder Veteran setting.
Additionally to the challenging group content, there’s also solo content which is extremely challenging. Solo Arenas have different modes, such as Normal and Veteran, and while only performing a minor challenge in normal mode, they are quite a challenge in veteran mode! Vateshran Hollows and the Maelstrom Arena shouldn’t be taken too lighthearted and need good preparation if you want to complete it on the highest challenge.
ESO has come a long way since 2014. Everything is fully voice acted, meaning you don’t necessarily have to read all the quests and can enjoy emerging into this fantasy world. Everything is trimmed to help you be fully immersed into the game, even dungeons and trials offer a wide range of voice acting, original sounds and music. Every 3 months new content is added and with it the world constantly grows. Questing and leveling is independent of your level, which means you can go wherever you want at any time you want. Exploration is rewarded, there’s tons of achievements and rewards you can get just for exploring. The storytelling is amazing, sometimes even winning prizes. The graphics are still holding up in 2022 and the world feels realistic and immersive. The UI feels clean and there’s content for any type of player. There’s also a bunch of addons available for PC/Mac users, which add additional quality of life improvements.
There’s also a huge housing community, with a ton of player houses which you can acquire and decorate to your liking. Every time there’s an update to the game, there’s also additional new furniture and there’s a regular offering of new houses. Once you acquire a house, it is also unlocked on your entire account, so that all characters share the same houses. It is by far the best system in any MMO with its customizability, features and immersiveness that it easily outshines other MMOs. Especially if you are playing the game on PC/Mac, the possibilities of addons make this an almost limitless experience. 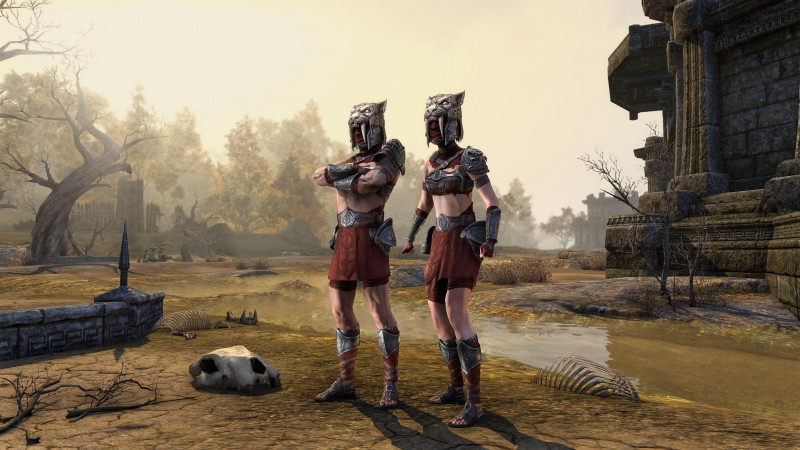 The game also offers Player versus Player (PvP) content to any player, regardless of whether they have a subscription to the game, or not. There are Battlegrounds, which offer gameplay for a total of 12 players, where 3 groups battle each other in different plays. If you want to learn more, you can check out this article. Then there’s also open world PvP which you can find in Cyrodiil or in Imperial City. In Cyrodiil you can become the Cyrodilic emperor, ruling over the country for a short amount of time. In Imperial City you can get exclusive items and fight once more against the Daedric hordes of Molag Bal.
Instead of an Auction House, ESO has a feature which is called Guild Traders. This means that item buying is decentralized and offers everyone the opportunity to have a fair chance at getting items they need, regardless of whether someone tries to control the market or not. Of course prizes are not all over the place, but this system allows you to always find gems among traders that are not in easily accessible places.
Every year Zenimax Online Studios (ZOS, the publisher of ESO) brings out a new release to the game, a so-called Chapter. This usually brings a ton of hours of gameplay, new zones, something unique, lots of new in-game items and 3 other DLCs throughout the year. These are usually 2 dungeon-DLCs and one content DLC.

Since 2021 there are also companions in ESO. NPCs which will assist you in the game and help you in combat. If you want to learn more about companions in ESO, you can view this guide.
Also, that year, the so-called Sticker Book was added. With this you are able to add almost any kind of gear piece you found in-game to a collection and can recreate it at any given time with any trait you like, as long as you have learned this trait. If you want to know more you can check out this guide!
The Armory replaces an addon which was vastly used by many players, and you can now set your Attributes, Sets, Skills and Werewolf/Vampire on the fly without having to pay the shrine fee. All these new additions benefit Consoles as well, since this is ESO's way of implementing addons that have been proven useful.

The game itself is Buy 2 Play and there is a voluntary subscription. This subscription offers a lot of perks though, giving you access to all the DLCs, a Crafting bag and so much more!
Last, but not least, there’s a ton of events which keep players entertained throughout the year. Players can get event tickets for participating and can hand them in for special rewards. Every year this changes and oftentimes there’s a mount plus an even more special reward included.
Overall, ESO doesn’t hold your hands, which might feel overwhelming in the beginning, but is definitely a strength because it doesn’t tell you what to do and you can explore it at your own pace. 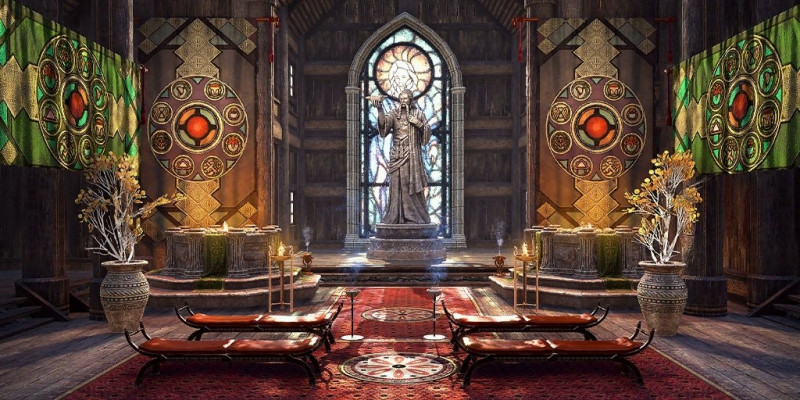 Things ESO could improve on

There’s also a couple of things ESO could improve on, something which has been discussed at length and over several years. The performance can be lackluster in PvP during peak hours as it often starts to lag.
There is also no crossplay for Consoles and PC/Mac/Stadia players, which is a very sought-after feature but the developers hands are tied on this one as the platforms don't really allow merging. Other forces are here at play and while people are likely to blame ZOS for this, it’s not their fault.
Unfortunately though, bugs are also quite plentiful and common, it seems that if there is something fixed, some new bugs will appear. Especially for endgame players this can be tedious and time consuming, as content may not be finished. And usually, overland content is way too easy for endgame players. Which in turn results in empty questing areas, as most tend to play the game’s questing content once, and level alt characters through different means.
Another downside is the way ZOS monetizes their game. One can argue that it is all just cosmetics you can buy in the Crown Store, but there’s also a lot of pay to convenience aspects now. There’s only two mounts which you can earn in-game and are not event-based, and even for these two you need the respective DLCs. Which brings us to the last item on the list: in theory you can’t play the game effectively without the subscription.
You can for a long time, depending on how much you need to get through the base game content, but after that you either have to invest money into buying all DLCs and classes or abilities, or you get ESO Plus for as long as you want. The good thing about getting the subscription is that you also get Crowns, which in turn can be handed in for Crown Store items, such as mounts, or buying the DLCs, so in the end it’s not really a loss and you get a good deal if you intended to buy Crowns anyway! There's also the possibility to buy Crown Store items via in-game gold, so if you have a hand at making money in-game (which isn't too hard), you can trade gold for Crowns.

The ESO Armory System allows you to save your ESO build with one click. This new feature was intoduced with the Deadlands DLC U32 update.
Read more

Welcome to the Chronological Timeline Guide for ESO! If you ever wanted to know how to play ESO in chronological order, you can find the information here!
Read more

Learn how to increase your inventory and bank space with one simple trick. Elder Scrolls Online ESO
Read more