By reaching Level 50 in the game, you will now gain access to your Champion Points

You can access the Champion Points ingame by clicking + (default key). If you haven’t bound a key to it, or want to bind another key to it, you can do so when you press ESC on your keyboard and choose “CONTROLS”. There under User Interface you find the entry “Champion”, which is where you can set your keybind. On controllers, there is no Gamepad Default for accessing Champion Points.

When you open your Champion Points for the first time, you can see three different images, a green, blue and red avatars of the celestial alignments, represented here as female depictions.

Each celestial stands for the focus of your Champion Points.

The maximum amount of Champion Points that you can now reach is 3600, with you being able to distribute them all in the trees, meaning 1200 Champion Points per tree. Though, you can not have all perks active at the same time. In order to have a perk active now, you need to add it to the Champion Bar.

Each celestial has three base stars and three independent stars. 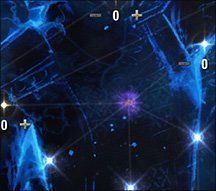 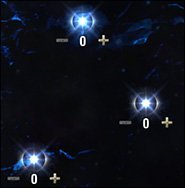 The independent stars are in the same color of the tree and are not connected to any other star.

The base stars are yellow and they are needed to unlock other perks. Without unlock them first, you can't unlock others.

Some perks are in the same color as the tree, which means that they have to be slotted into the Champion Bar in order to be activated.

The Champion Bar is at the top and is separated into the three celestials.

In order to slot a perk you need to first spend the points by confirming your choice. After that you can drag and drop it into any slot of your Champion Bar and confirm again that it is slotted.

Only those perks will be active that are in your Champion Bar, no matter how many you have unlocked.

This means you can be very versatile with your build and go into different situations with a different set up, without having to adjust your Champion Points each time.

The Celestials and Perks in Detail

With this system we now have a better focus on these three different aspects of the game, whereas before we used to have a mixture of passives spread throughout the constellations.

Each celestial has a tree of perks that now build upon each other, meaning that you have to unlock perks by putting points into 3 base star constellations first before you can unlock additional perks.

There's 3 exceptions per tree, which you can take regardless of what you have unlocked so far.

The Green Celestial focuses strongly on Crafts, which makes it useful for crafters, gatherers and thieves.

The Blue Celestial focuses on everything regarding Warfare, meaning combat; both PvE and PvP. There's offensive, defensive and healing abilities combined in the tree. Additionally, we have two sub-alignments, represented by two purple star-constellations (in the Mage's chest and right arm's elbow called Staving Death and Extended Might).

TheRed Celestial focuses primarily on preservation and protection in both PvE and PvP. All of these perks are more or less defensive or help restore your ingame attributes. 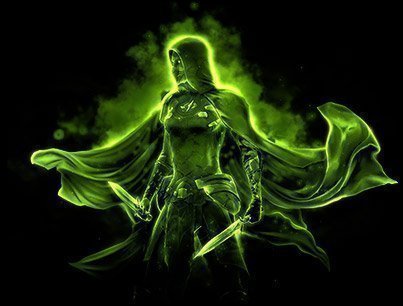 Full list of all the perks from the Craft tree can be found in the Craft category.

This celestial tree is split into roughly 3 different sections: Ledgerdemain/Assassination, Craft and Quality of Life enhancements.

In order to unlock the left side of the tree you have to spend at least 8 points into Fleet Phantom (Reduces the Movement Speed penalty of Sneak by 5% per stage.), so that you can follow the path from Friends in Low Places (Removes 1000 gold from your bounty once per day when committing a crime where bounty is added. You must be level 50 for this passive to activate, and your current bounty must be at or greater than 1000 gold.) to be able to unlock more stars.

The system builds on unlocking perks, so that you can't choose any perk before you haven't unlocked another.

In order to unlock Master Gatherer (Reduces the time it takes you to harvest by 10% per stage.) at the center, you need to spend at least 260 Champion Points before you can actually put point into this perk as you need to meet the prerequisites.

This celestial is by far the most complex, as it exists of 3 trees in total. The first body represents everything that has to do with damage, be it through direct or indirect cause, single target or AoE. The staff the Mage is holding represents the healing perks.

Additionally, we have 2 other trees, hidden in her chest and her right side elbow, marked by purple stars.

The first in her chest is called Staving Death and provides us with everything that we need to protect ourselves.

The second, Extended Might in her elbow, is meant for Martial damage, as well as additional bonuses to combat in general. The same principle to unlock stars applies to this tree.

In order to unlock specific perks, you have to first unlock them by using any of the three base perks and then unlocking further perks in the tree. 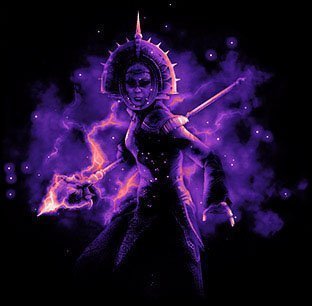 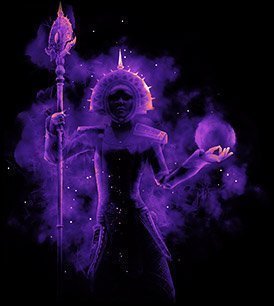 Full list of all the perks from the Fitnesstree can be found in the Fitness category.

The red celestial contains everything regarding health, regeneration and restoration.

It offers many perks for survivability or sustain, meaning that if you struggle with Magicka, Stamina or Health issues, or dying to quickly, you might want to invest some points into this tree.

This is also one of the most important trees for tanks!