Waking Flame DLC - Everything you need to know! 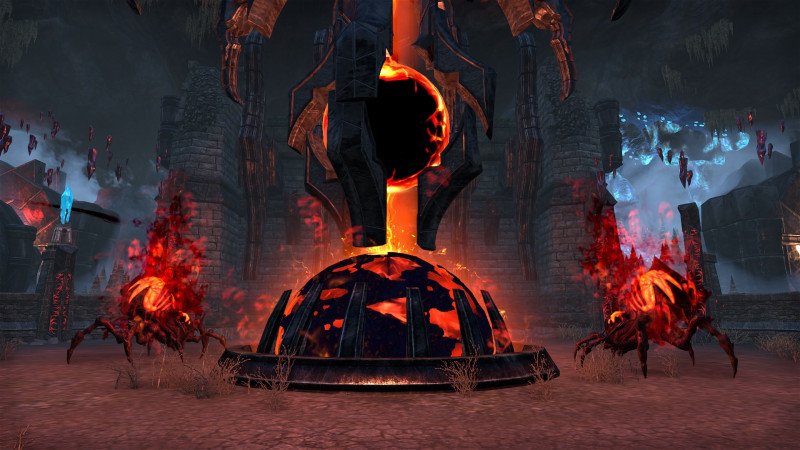 
Red Petal Bastion and The Dread Cellar are 4-player Dungeons which can be reached via Glenumbra and Blackwood respectively. Red Petal Bastion's entrance is in northeastern Glenumbra. The entrance is east of the Burial Mounds. The Dread Cellar's entrance is located in northern Blackwood, northwest of Wilke. Both dungeons include a Normal and Veteran version, of course. They also have challenging Hard Modes for each of their three boss encounters.

You can get a sneek peak of both dungeons in the following two videos:

These are the new sets that will be available:

Additionally, you will be able to get unique Body and Face Markings for completing the dungeon, as well as a unique Memento, several titles and unique housing items! 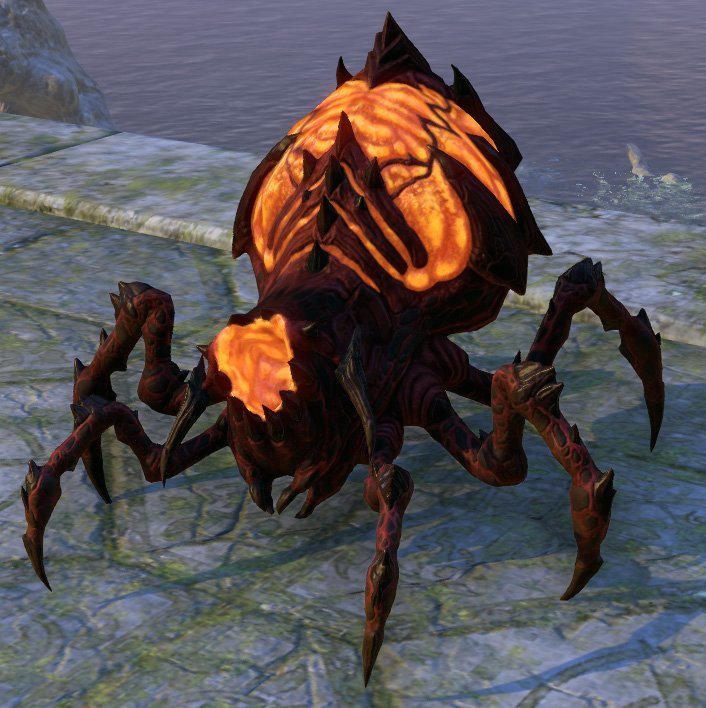 New Furnishings in the Dungeons

New Bust and Trophy furnishings have been added to commemorate victory in Red Petal Bastion and the Dread Cellar. In addition, completing these dungeons on any difficulty unlocks purchase of two new achievement furnishings from Undaunted Quartermasters – the Silver Rose Banner and Agonymium Stone, Inert. For more information on new furnishings please visit the Waking Flame DLC Furnishings List. 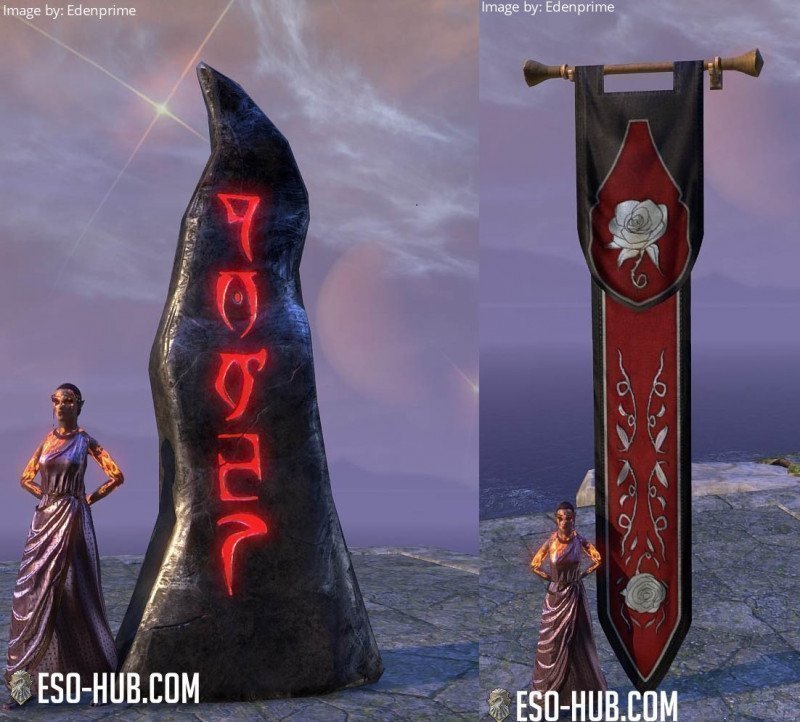 Waking Flame has 2 new Motifs available and will be released sometime after the DLC launches.

Update 31 brings a few new collectibles and items for you to acquire through various means:
The video below shows the Wargame Trebuchet Emote in action.

Now, when you complete the tutorial and enter a portal to one of the possible starting locations, you'll be treated to a short introductory cinematic. These cutscenes tease the main quest of the area you're going to, and feature voice-overs from characters integral to the zone and its main questline. We hope they get you excited and ready to go on an adventure!

Base Game additions in the Waking Flame DLC

For Update 31, the existing No-CP Cyrodiil and Imperial City campaigns will now also prohibit proc sets from firing. ZOS has expanded the number of sets from the original grouping that worked during the initial test several months ago

Rewards for the Worthy - New Sets

Three new item sets have been added to the Rewards for the Worthy for the Waking Flame DLC.

There are two new homes available in this update! 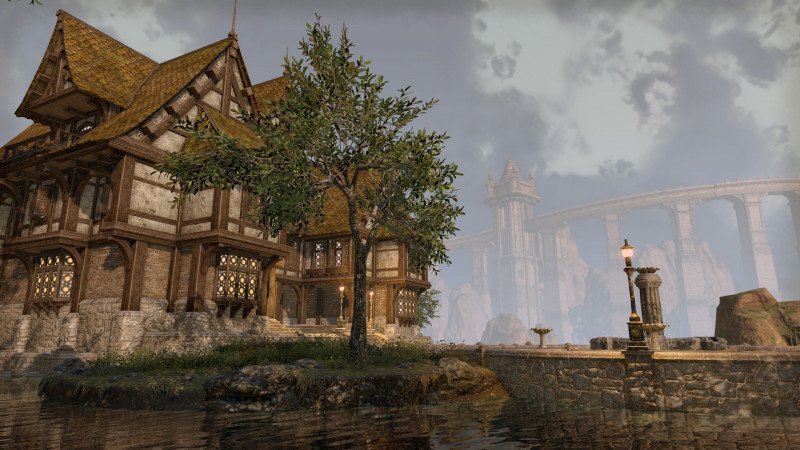 Rolis Hlaalu, the Mastercraft Mediator, has 7 new furnishing plans available for purchase:
As usual, Rolis has also handed the prior set of furnishing plans over to his assistant, Faustina Curio. These can now be purchased at the reduced price of 100 writ vouchers:
Faustina has bundled up the Western Skyrim plans into a new Furnishing Folio, which can be purchased for 700 writ vouchers and contains the following plans:
A new set of 21 Leyawiin Structural Furnishing Recipes are now available from Leyawiin Reward Coffers, which can be obtained by completing World Boss or Delve Boss daily quests in Blackwood. These include a variety of walls and platforms, as well as several doors, a wooden stairway, and other structural elements! 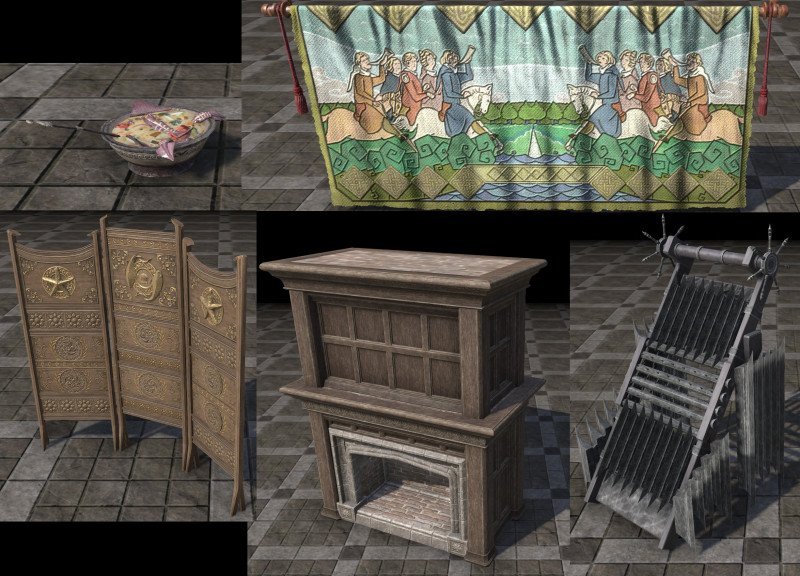 Since ZOS is constantly working on the new Champion Point System, we will also have new updates in two of the three major trees so far! The ESO Champion Point Calculator will be updated once the patch goes live.

There's also some exciting changes for those that may have a weaker CPU: Multithreaded Rendering!

Multithreaded Rendering (Beta) is an optional performance optimization available in the Video Settings panel. This option enables a separate thread for the render process which can improve performance and provide a smoother overall experience if the limiting factor on your device is CPU processing, rather than GPU processing. The setting change is only applied after a client restart.

Please note if you have this option enabled, you may hear your PC graphics cards working hard during loading screens. This is expected with the framerate now being uncapped during loading.

This feature is in Beta, so if you experience any negative effects, please disable it.

ZOS has added new rules for determining which things you'll interact with when there's a potential conflict. Generally speaking, interactable objects that are valuable (such as resource nodes and lootable corpses) will have priority over things that are mobile or player-made (such as Companions and Mementos). You should also have less of a problem attempting to interact with doors, Dye Stations, and other permanently available interactable objects, even when they're surrounded by Jubilee Cakes or Sorcerer pets.

ZOS has added a Reply option to received mail, which will open a new mail with the subject line and player name pre-populated.

The Dread Lady, Lyranth the Dremora, needs your help to investigate the activities of Mehrunes Dagon cultists and determine the nature of a situation she believes could spell the doom of the mortal world. Join her on an adventure that will take you across Tamriel and possibly even to realms beyond!