Markarth DLC U28 - What's New and What Changed 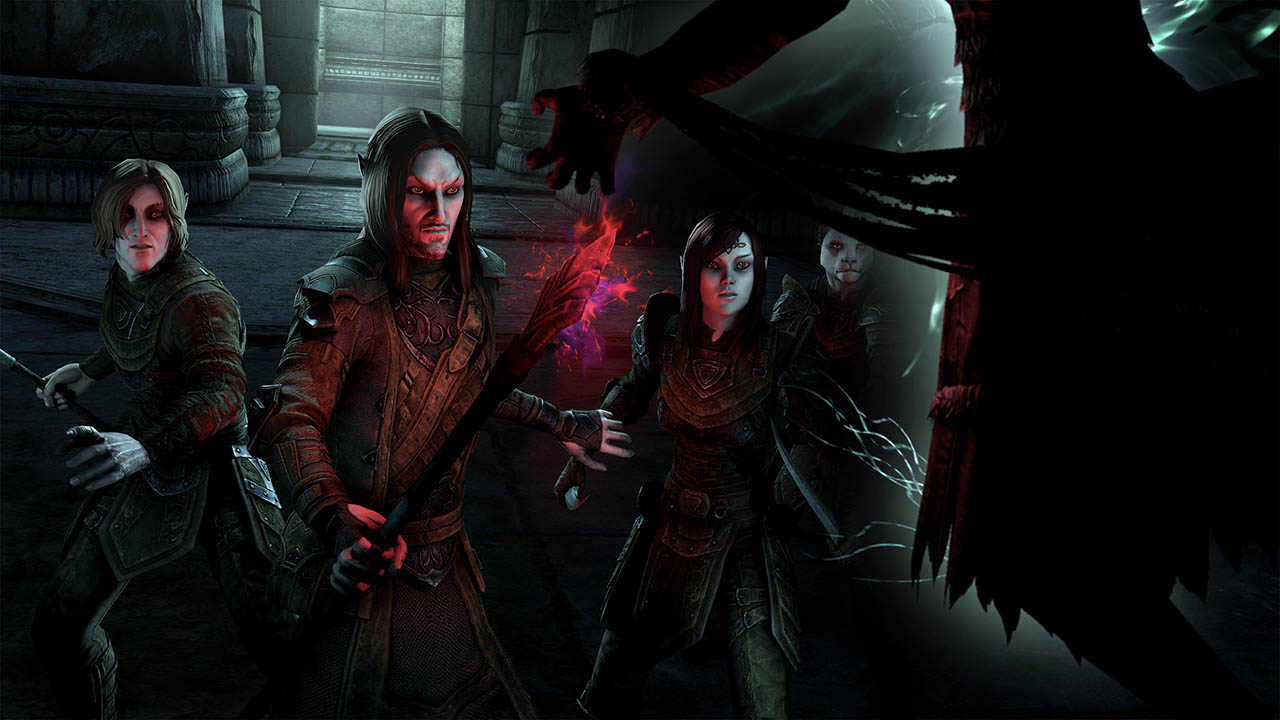 The Markarth DLC is featuring the epic conclusion of the Dark Heart of Skyrim! Markarth introduces not only the new zone of The Reach, but also adds two world bosses, two delves, and an exciting solo arena Vateshran Hollows that is sure to challenge you. You can also find several new collectibles, item sets, achievements, and titles, in addition to new Antiquities that can only be dug up in The Reach.

You will be able to visit two new zones with the Markarth DLC. The Reach and the Blackreach Arkthzand Cavern. Like always there is plenty to discover and this will be the last zone to finish the Dark Heart Of Skyrim storyline.

There are a total of two new houses that will launch in the Markarth DLC (U28).

The Markarth DLC brings plenty of new sets with it.

You can learn more about the Alliance Boosters in the How To Alliance War Boosters Guide.

The Markarth DLC (U28) will introduce a new set of consumables: the Colovian War Torte, the Molten War Torte, and the White-Gold War Torte. These items increase the rate at which you advance your Alliance War Skill Lines by 50%, 100%, or 150%, respectively.

Q: When can you use these?
A: The War Tortes can be used by any character Level 10 or above.

Q: What do these consumables' boosts do?
A: The boost applies only towards advancing your Alliance War Skill Lines. They do not help you earn more AP, become Emperor, or gain a place in the Leaderboard.

Q: What stacks with what?
A: War Tortes will not stack with one another. If you've just consumed a War Torte of any kind, you cannot consume another War Torte until the first one's duration runs out.

War Tortes are considered a food for the purposes of Provisioning. However, they do not prevent you from also having a food or drink buff active. This means you can eat a Colovian War Torte, immediately eat a Mistral Banana-Bunny Hash, and you will have both effects active on you.

If you have the Gourmand passive, the duration of any War Tortes you eat will be increased. This means that, at maximum Gourmand rank, each unit of War Torte you eat will last 50 minutes, rather than the listed 30 minutes.
Taken together, someone who is both a fully-ranked Chef and Gourmand creating War Torte for their own use will get a total of three hours and twenty minutes of Alliance Skill boost from a single crafting of the recipe.

War Tortes also do not prevent you from having an EXP-boosting consumable's effect active.

How do you make War Tortes?

Now it is time to look at some of the most important changes and additions that we get during the Markarth DLC (U28) for the Elder Scrolls Online.

Introducing Item Set Collections to the base game with Markarth DLC (U28), a new system to help you find and manage all your item sets. Find and collect ‘em all! With so many Item Sets in ESO, it can be hard to keep track of them all, much less find them. With a new “sticker book” interface in the Collections menu, you can easily see all the Item Sets in the game, where they drop, and even their combat bonuses. You can also find a video explaining exactly how this new feature looks like. 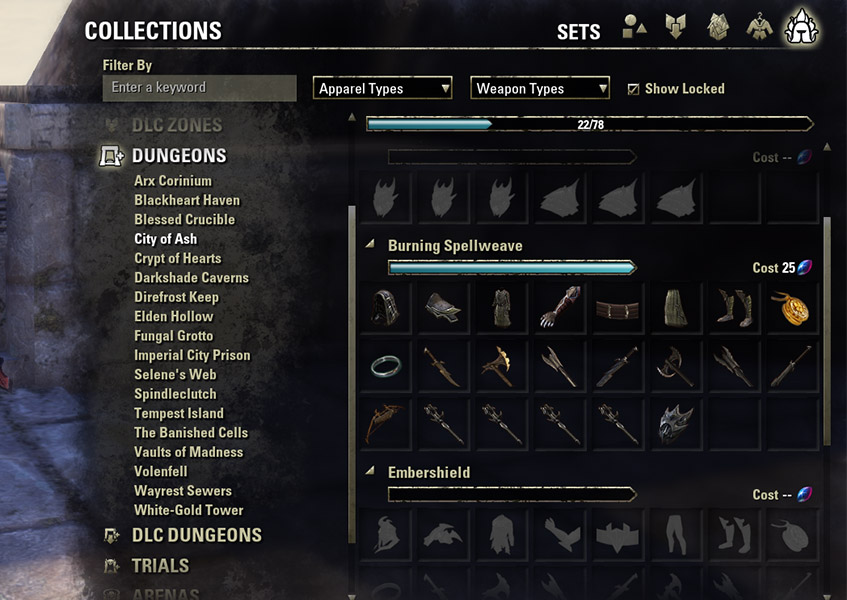 The number of Transmute Crystals you can earn from most PvE sources, including Undaunted Pledges, LFG rewards, Trial Weekly Quests, and Arena and Trial Leaderboards have been increased as well as Battleground Transmute Stone rewards.

Crafting Writs received a huge upgrade, especially useful for console players. You can now auto craft the quest items. That will increase the speed of completing the Writ dailies by a huge amount. You can watch a full video on the new feature here.

In the Markarth DLC (U28), ZOS is testing the re-addition of group queuing to Battlegrounds, where players of group sizes up to 4 can join the queue together and be placed on the same team.

Solo players can join this queue, or they can join the solo queue to be matched exclusively with other solo players. With this change, ZOS has also removed specific match queues to help promote overall queue health.

The Major/Minor System gets a lot of changes, here is a list of the adjusted values of buffs and debuffs.

Minor Cowardice: This debuff has been reworked, and now reduces the target’s Weapon and Spell Damage by 215, rather than increasing their Ultimate cost abilities by 60%.

"All Major and Minor Buffs and Debuffs have been hard coded to go through server validation sooner and more effectively as cached values, rather than abilities that exist on your character. This new system will also properly ensure that no two same buffs or debuffs can ever stack in effectiveness, rather than needing to be individually spot checked on each application. It will also prioritize duration-based sources rather than permanent ones, so you do not need to fear losing their effects.

Now that these bonuses have been reigned in, we have also made sure to keep item sets in their intended SBE range, so we have done a pass on all sets that source these effects to ensure that. While each of these bonuses is normally worth 2 for Minor and 4 for Major, they are worth .5 less than their original value while sourced on an item set, since they are mainly sourced via the abilities and passives in the game. This ensures if you opt to run a set that grants you a permanent major or minor buff, you’ll gain some extra effectiveness on top of that to ensure they aren’t completely wasted if you gain access to the buff from another source. We have not done a full pass on class abilities since the SBE system is generally meant to be designed for non-abilities; that said, we will keep a close eye on class functionality in PvE and PvP due to these changes."

Wardens received one change with the Subterranean Assault skill, the skill doesn't apply a physical penetration debuff anymore, but it now recasts twice when you use it. Therefore you have to make sure to obtain Major Breach from another source to get the penetration that you used to get from this skill.

Templars haven't received any direct changes to their class in the Markarth DLC (U28) . There were just some minor bug fixes.

Sorcerers haven't received any direct changes to their class in the Markarth DLC (U28) .

Dragonknights haven't received any direct changes to their class in the Markarth DLC (U28) .

Frost Staves have received adjustments to help them further stand out as a Tank and Support-oriented weapon type.

Reduced the Weapon and Spell Critical Chance granted from Perfect Strike and Spell Precision perk to 3% each, down from 9%.

For a full list of all the changes you can check out the official patch notes here. https://forums.elderscrollsonline.com/en/categories/patch-notes

If you are looking for a list of all PTS changes, you can find all the notes here: https://forums.elderscrollsonline.com/en/categories/pts
Author