There are currently 6 Weapon Skill lines in the game;

Every weapon that occupies two slots in the character screen (Two-Handed, Bow, Destruction Staff and Restoration Staff) counts as two bonuses.
For example, if you have 3 jewelry and 1 two handed weapon, you will have a complete 5 piece bonus set.
It’s also worth noting that shields don't count as weapons, but count as armor.
In contrary to armor, the quality of a weapon is very important as you gain a huge stat boost when you improve it from for example purple to gold quality. If you want to take a look at all the traits that weapons can have, please check it out here: "Pick your Traits". 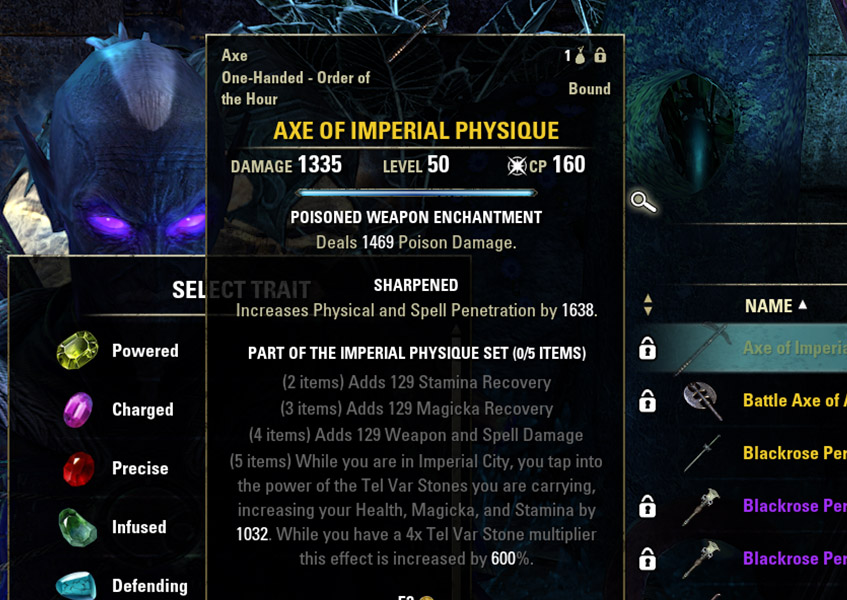 Certain sets have special effects. For example some weapons can have a glow effect. The sets that can be obtained in Maw of Lorkhaj, Roar of Alkosh, Moondancer and Lunar Bastion have a blueish glow effect.

There are plenty more examples, such as Infallible Mage having a special purple glow effect, or Berserking Warrior which gives you a shiny white special effect with sound when you unsheathe the weapon.

Set Effects: You can find more sets with special effects in the Visual Set Fashion Guide. 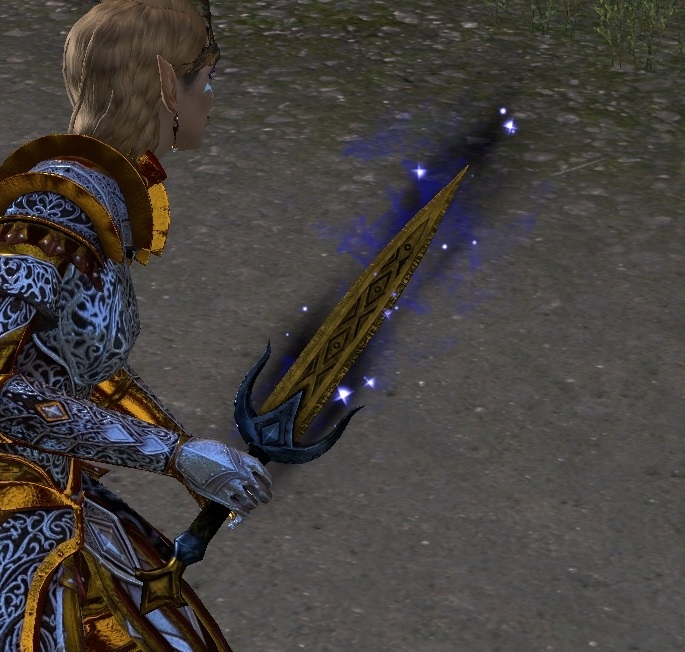 Everything you need to know about Skyshards in The Elder Scrolls Online. Locations of the Skyshards are also included.
Read more