Ascending Tide Q1 Dungeon DLC for ESO (Elder Scrolls Online). Ascending Tide will also have 8 new sets for ESO. The new sets will be obtainable in the two new dungeons.

Begin your Legacy of the Bretons year-long adventure with the Ascending Tide DLC game pack.

New Motifs
New Deconstruct Assistant (Might launch later in the DLC)
New Dyes
New Dungeon Guides
In addition to the DLC set listed below we also get new Imperial City and Rewards of the Worthy sets:

Images of the Ascending Tide DLC 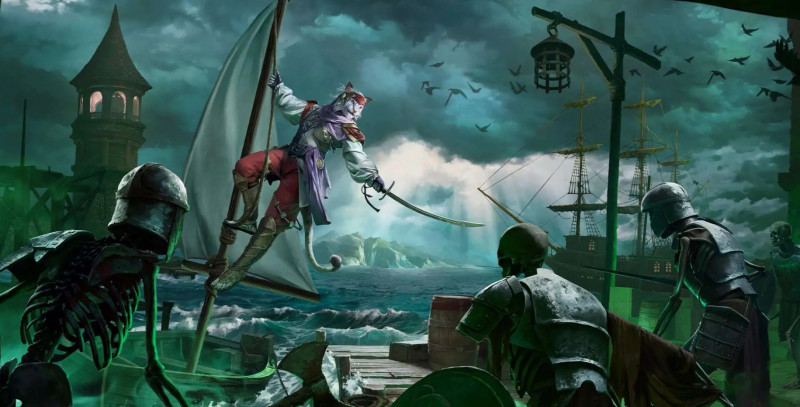 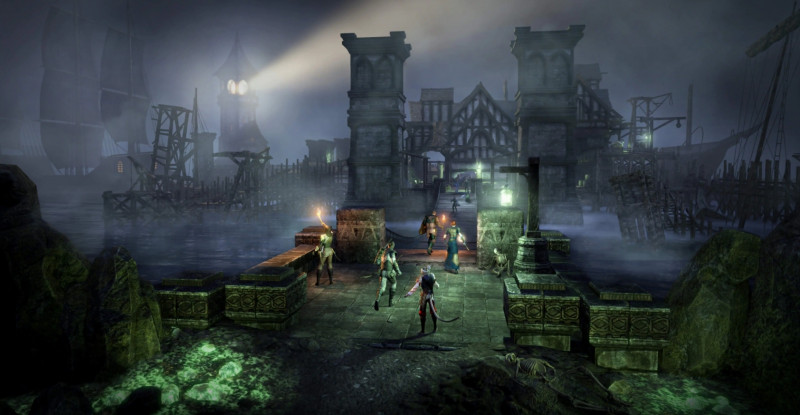 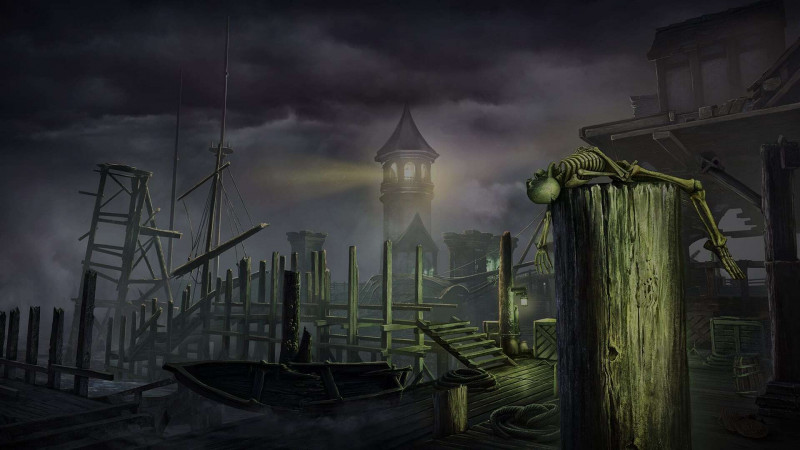 Captain Kaleen
Lady Arabelle,
I know you are partial to Jakarn, but are you really surprised he vanished the moment you took your eyes off him? Entrusting a rogue like him with something of this importance was not your finest moment, but I’m not writing to chastise you—at least without also providing you a helping hand. I know a privateer who is well suited to the task of tracking down Jakarn and ensuring that missive reaches its intended destination: Captain Kaleen. Maybe you’ve heard of her?
Now, I know it’s hypocritical of me to chide you for trusting Jakarn and then proposing you enlist a pirate in his stead, but Kaleen is not your typical mercenary freebooter. Her ship, theSpearhead, is firmly in the service of Sentinel, and by extension the Covenant. I can attest that her decision to fly that flag nearly cost her everything, but she stood firm by the decision as her mutinous crew rattled their sabers and demanded her ship. Kaleen had the mettle and the resourcefulness to keep theSpearheadfirmly in her grasp and round up another crew capable of exposing the treason of Port Hunding’s headman. In a hostile anchorage, no less.
That new crew also thwarted the Bloodthorn Cult’s plot to conquer Betnikh, which was instrumental in convincing the Orcs who rule that island to join the Daggerfall Covenant. Without their intervention, Betnikh would be the foothold of a hostile force of vile necromancers instead of a fortified harbor for the alliance navy.
She even endured torture at the hands of the Children of Yokuda radicals to uncover their treason and prevent the massacre of Shornhelm’s population. All this to say, without the shadow of a doubt, that you can trust Captain Kaleen with any task of importance to the Covenant.
I say that Kaleen is uniquely suited to tracking down Jakarn because the two have some history, with him serving as an on-again-off-again member of theSpearhead’s crew whenever he and Kaleen’s motives were sufficiently aligned. She is all too familiar with his tricks, associates, and flights of fancy. If anyone can turn up the trail of your missing courier, it will be her.
Should you decide to take my advice and wish to employ Captain Kaleen, you will need to extend your offer through me. The good captain is presently helming the flagship of a small privateer fleet in the Abecean Sea, and her movements are a closely guarded secret of our navy. If this diplomatic work is as important as you say, I believe we can spare her long enough to ensure your correspondence is safely delivered.
If the fate of Jakarn is of particular interest to you, which I suspect it is, it would be prudent to specify that stipulation in your proposal. While I did say that Kaleen and Jakarn have a history, I didn’t say it was the friendliest one.
Sincerely,
Fahara’jad, King of Sentinel