Welcome to "Gates of Oblivion" - The Blackwood Chapter is here! 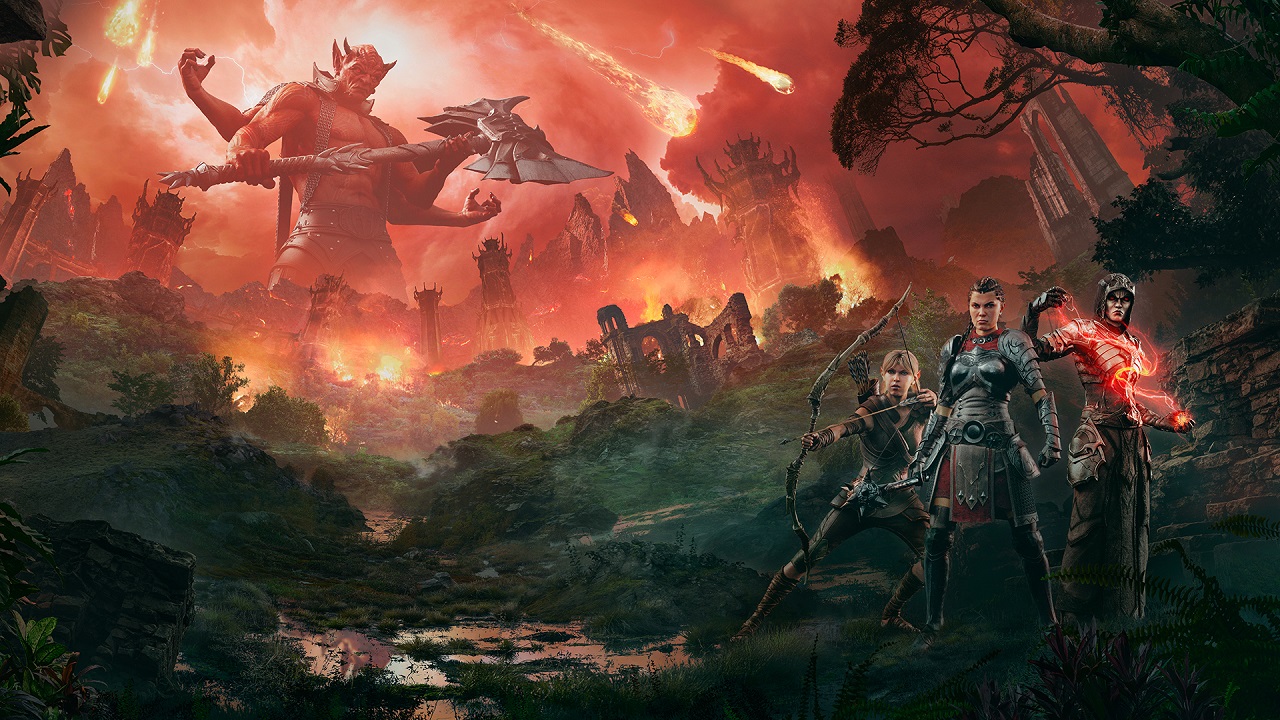 By Nara at 25 May 2021 10:03
Zenimax Online Studios are going to release their next big chapter Blackwood on June 1st 2021 for PC and a week later on the 8th of June for Consoles.
This time we are going to meet Mehrunes Dagon’s henchmen and learn about his schemes 800 years before the events of The Elder Scrolls IV: Oblivion. A new year long adventure that will start in Leyawiin in Blackwood, an Imperial city right next to Argonian territory.
We will get something completely new to the game, namely companions, a new 12-player raid called Rockgrove, entirely new World Events, the Oblivion Gates, a major overhaul of the Champion Points and for Console fans we get a complete workover of visual quality and performance!
Release PC: June 1st, 2021
Release Consoles: June 8th, 2021
Release Console Enhanced: June 15th, 2021 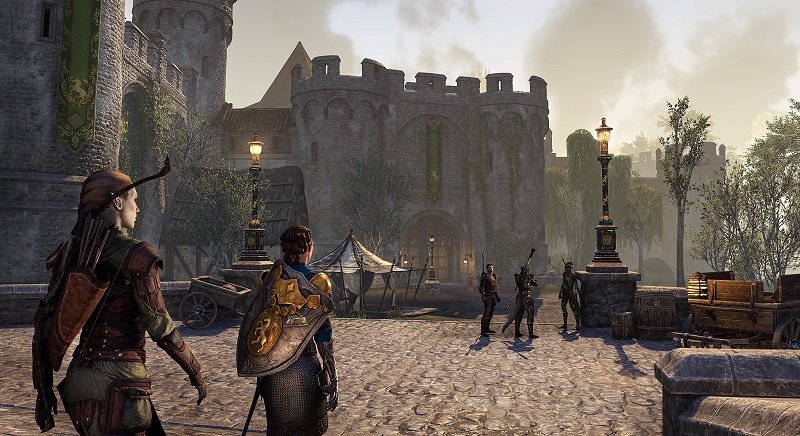 BLACKWOOD & STORY
With the Blackwood chapter we get to explore Blackwood, an area partly Imperial, partly Argonian, as it reaches from Leyawiin far into Shadowfen. It features over 30 hours of story content which allows players to explore an entirely new place in Tamriel.
In Flames of Ambition, which was released in Quarter 1, we learned about a cult that was preparing Daedric shrines for rituals and in the Prequel Quest to Blackwood, we learned from Lyranth and the Wood Elf Eveli Sharp-Arrow of operations of a sinister Daedric cult.

Q1: Flames of Ambition DLC
Q2: Chapter Blackwood - The Gates of Oblivion
Q3: Unknown TBA
Q4: Unknown TBA
The Longhouse Emperors have made a pact with the Prince of Destruction, and all of Tamriel is threatened by their ambition! You start close to Leyawiin, an Imperial city. The region is full of Daedric influence and its people struggle to survive in the region.
The player can explore the Niben Forest and the open wetlands of the Blackwood bog, meet Argonians that have adapted to the Imperial lifestyle and venture deep into the bog to uncover where the Daedric threat is coming from.
Players will be able to investigate a conspiracy that involves the deposed Longhouse Emperors and uncover a deadly pact. Mehrunes Dagon seems to be behind all of this, but what are his exact plans and how is he doing this? 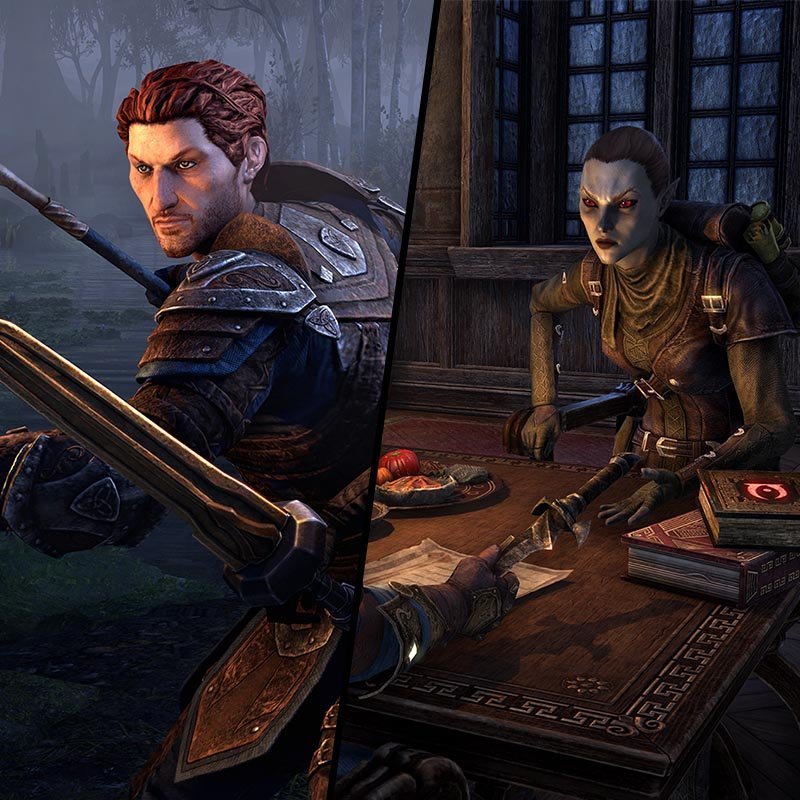 For the first time in ESO’s history, players will now be able to recruit their very own companion which will travel alongside and fight with them. The player will meet them randomly in the world and will have to do their introduction quest in order to get them as a companion. Blackwood introduces two at first, an Imperial called Bastian Hallix and Mirri Elendis, a Darkelf. The player will be able to summon them and interact with them like any NPC, except for that they have their own menu with skills, a rapport and can wear their own equipment! 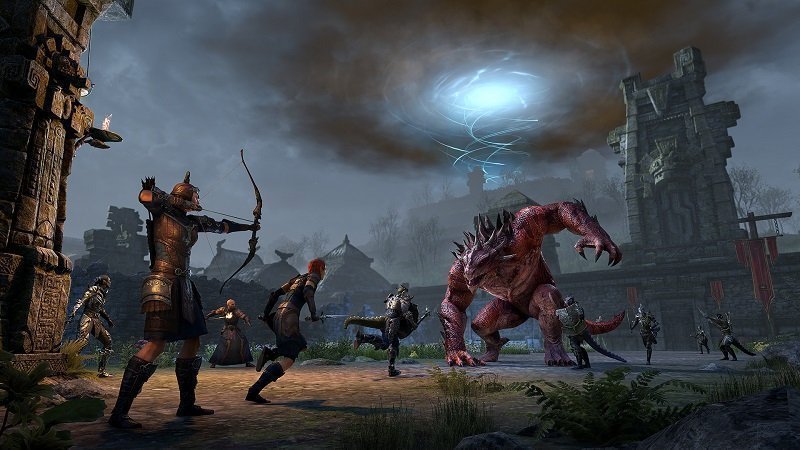 Daedric-worshipping Argonians have taken over a village called Rockgrove. They plan on summoning Mehrunes Dagon’s armies and need to be stopped. Players can experience this trial on both Normal and Veteran difficulty, with many new rewards! Please visit the Rockgrove Trial Guide for guidance. 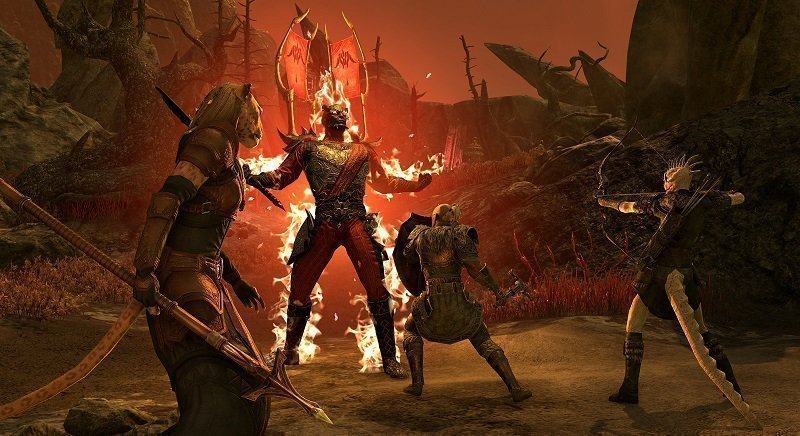 This time we get to experience a dynamic World Event, where we will be able to find Oblivion Portals all throughout Blackwood. They lead to the Deadlands, Mehrunes Dagon’s realm and are technically a Public Dungeon, so that many players can join in from all over Blackwood. Fight against Mehrunes Dagon’s Daedra and hinder him from entering Nirn!

ENDEAVORS
These are account-wide and limited time activities that reward the player with a new currency called Seals of Endeavor. This is a new currency for fulfilling Daily and Weekly tasks. With these Seals of Endeavor, the player can buy in-game items which are usually just purchasable with Crown Gems from the Crown Crates part of the store. You can also check out the Endeavors Guide for further information. 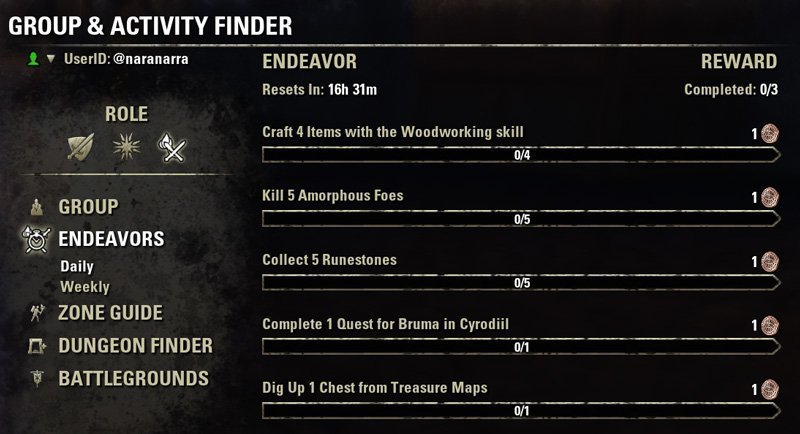 With "Blackwood" we will get an entirely new tutorial, but one that is to stay this time! In the past we always had a new tutorial with every new expansion, but this time ZOS created a tutorial that has an overall story arch and is not thematically aligned with any current chapter.

CHAMPION POINT WORKOVER
In response to the feedback that there is still too much vertical progression in the Champion Point system, the maximum number of stages have been reduced for passive stars (non-slotted) available. This will lower the vertical progression cap to a lot less in both the Warfare tree, as well as the Fitness tree. It will also reduce the maximum power of the Champion Point system as well. All ESO Builds are updated with the new Champion Point update.
NEW ANTIQUITIES
There will be a lot of new antiquities as well as 5 new Mythic Items! Once we get the chance to get on the real PTS, we will add the new sets to the Sets Overview Page like we always do.

New Sets in the Blackwood Chapter

Like always, there will be plenty of new sets. Once we have access to the real PTS, we will add all of the new sets to the Sets Overview Page.

The full data of the sets below will be revealed once we get to the real PTS.

CONSOLE ENHANCED
Launching a week after the Blackwood Chapter on June 15, Console Enhanced allows ESO to run natively on the Xbox Series X|S and PlayStation 5, harnessing the horsepower of new-generation console tech to dramatically improve the game’s visual fidelity and performance on those machines. All new ESO players can access Console Enhanced immediately upon purchasing, and for existing players, it is available as a free upgrade! 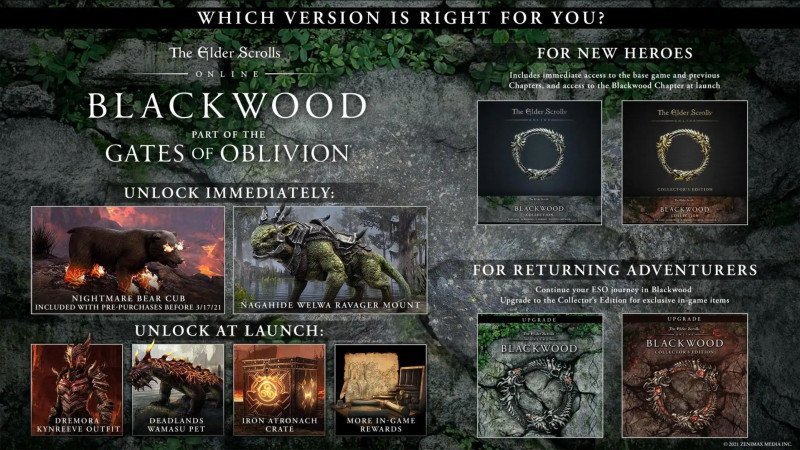 If you are unsure which version you should purchase, here is a quiz!

There are four unique editions of Blackwood currently available for pre-purchase: