Boo! Battle Tamriel’s monsters, get double XP, and earn creepy new rewards during the ESO Witches Festival in-game event! Learn everything you need to know about the frightening fete here.

Participate in the Witches Festival

During this freaky ESO Witches Festival, you can earn some frightful Witches Festival-themed items, collectibles, and more, simply by defeating boss monsters and looting Plunder Skulls.

When you tear open a Plunder Skull, you have a chance to snatch up some of these items:


....and an assortment of creepy and valuable items! 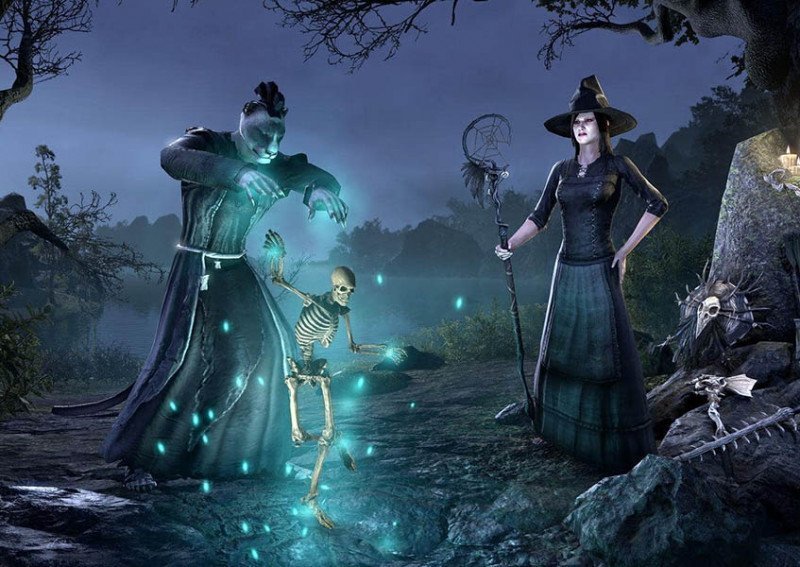 In addition to this, the first time you defeat each different type of boss each day for the ESO Witches Festival (detailed below) you’ll receive a Dremora Plunder Skull. This special reward contains the same kind of items in the regular Skulls, but also features a Dremora Motif style page. However, that’s not all! Dremora Plunder Skulls also have a chance to contain the following new items:


In addition to the above goodies, this year’s ESO Witches Festival also introduces a new daily quest, titled "Plucking the Crow". This new quest is available each day from Witchmother Taerma, who is within Olyve’s Brewery AND at every Impresario tent in Tamriel. Her daily quest charges you with collecting 50 Cursed Feathers, found within Plunder Skull containers. Once you have collected all 50, you can transform them into an effigy that you can then use to transport yourself into a special realm to battle a new world boss monster—good luck! 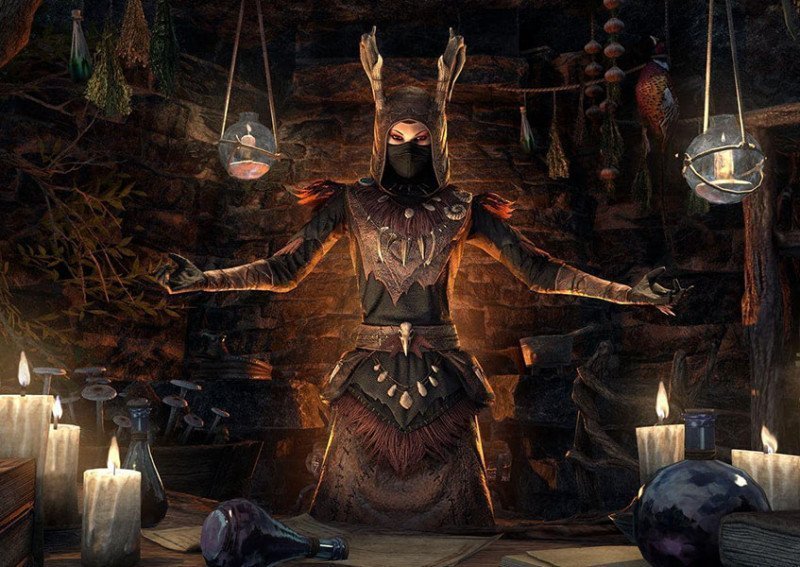 What Bosses Give Me Rewards?

Depending on the type of boss you slay this years ESO Witches Festival, you’ll receive one of two different Dremora Motif pages:

During the event, the Impresario will stock the following goods:

What are Grab Bags? These curious containers have a chance to contain a collectible from a previous Witches Festival event. When you open a Grab Bag, it will only ever contain items you don’t already own or know, and once you’ve acquired every possible item within them, they’ll no longer be available for purchase. Be sure to open each bag and remove its items as soon as you acquire it (to avoid duplicate items from subsequent bags).

If you have acquired every collectible but still have Grab Bags to open, they’ll contain Group Repair Kits instead—useful!

For this event, a Grab Bag can contain:


Note that all of the above items, when purchased from the Impresario, are bind-on-pickup and non-tradable. The Impresario is located in Daggerfall (Daggerfall Covenant), Davon's Watch (Ebonheart Pact), and Vulkhel Guard (Aldmeri Dominion).

With the ESO Witches Festival in 2021, a new quest was introduced called “Plucking the Crow”. 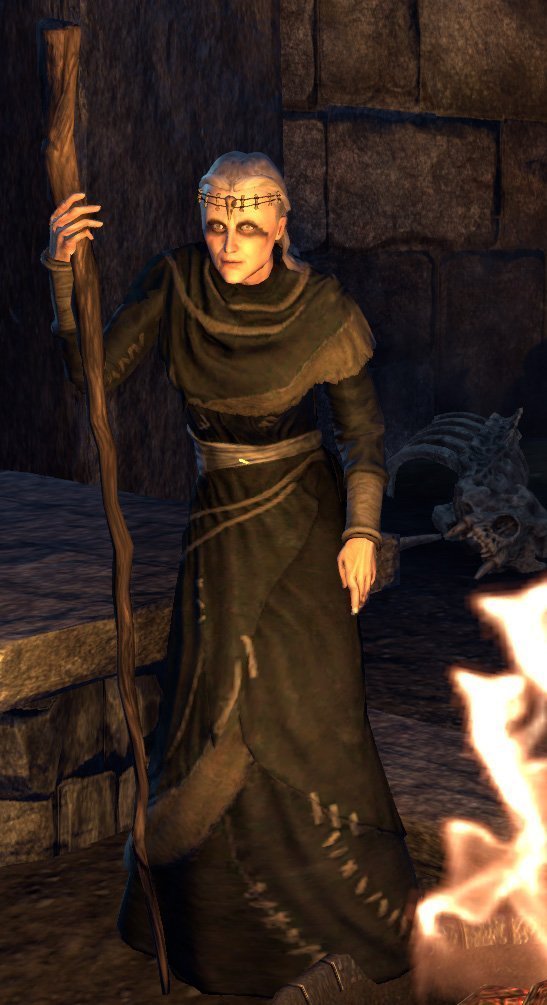 At the Witches Coven, you will find an NPC called Witchmother Taerma. She will offer you the Daily Quest. Its objective is to collect 50 Feathers in order to defeat a powerful Wraith-of-Crow from the Evergloam. She tells you that you will find these among “the most vile creatures throughout Tamriel and hidden among the feathers of crow-like beings.” This sounds more complicated than it actually is.You will receive these feathers from the Plunder skulls which you can find from any boss monsters. As soon as you have received all the feathers, you can return to Olyve’s Brewery and turn to the alchemy table to craft the effigy. You then have to show Witchmother Taerma the effigy and hand her the effigy. Following a ritual, a portal will open and lead you to a pocket dimension in which the Crowborne Horror is waiting for you to defeat it. It is absolutely advisable to bring friends! 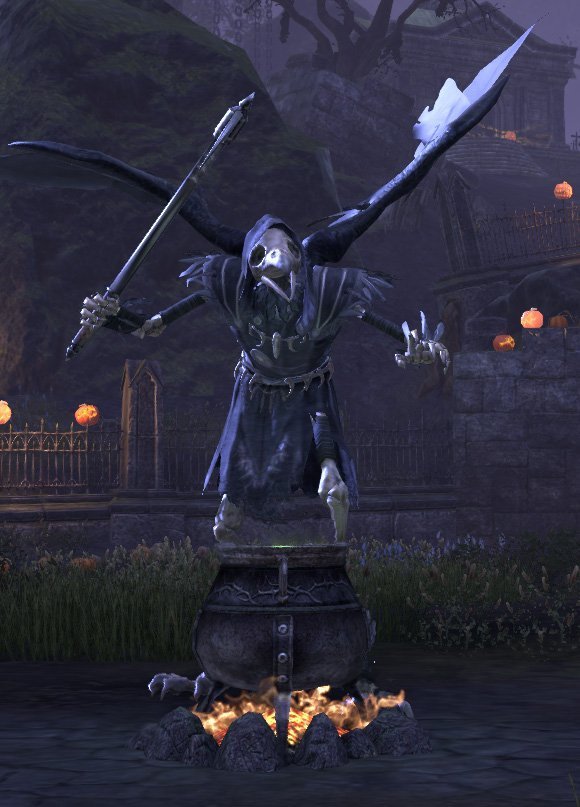 You can redeem this Quest in the Crown Store. Witchmother Olyve will appear and offer you a quest which asks you to bring her a boon. When you have collected all ingredients you need to find her in either Stonefalls, Glenumbra or Grahtwood. You will receive a memento, the Witchmother’s Whistle. Upon use it will summon the Witchmother’s Brew and when you drink it you will turn into a skeleton. The most important part though is that you will receive Witchmother’s Boon which will boost your experience gain by 100%. 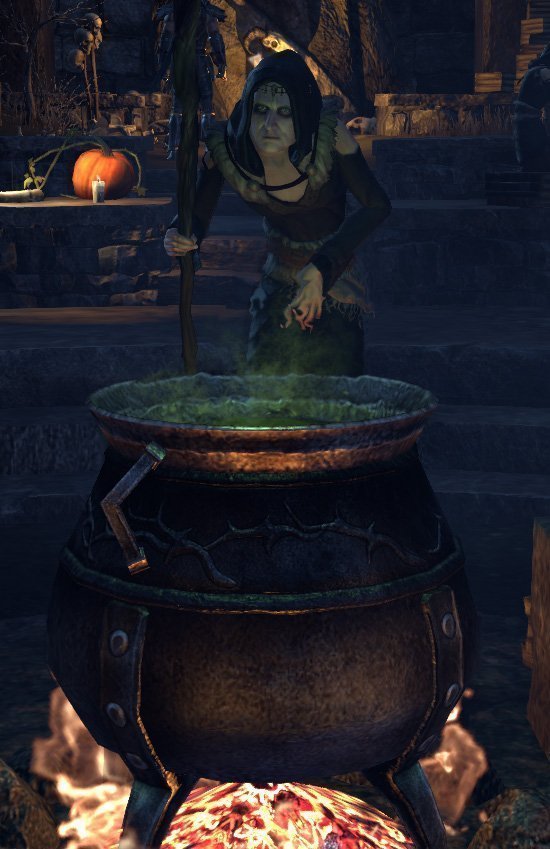 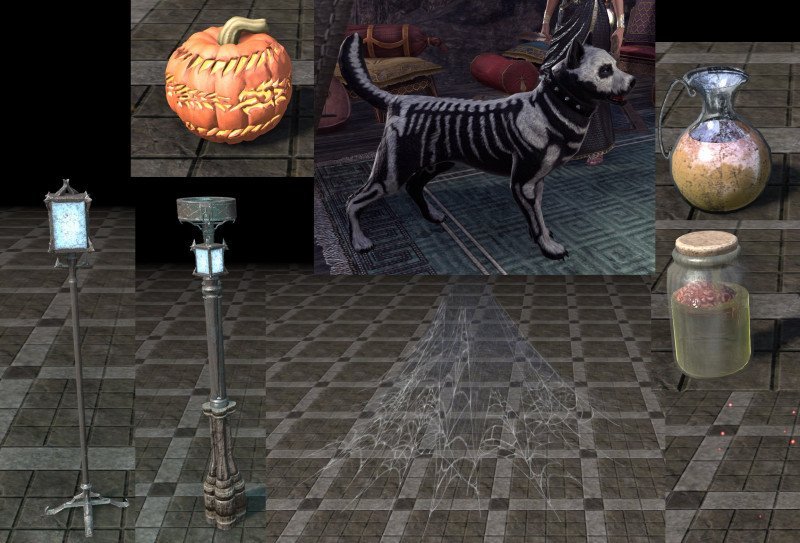 Recipes for the Witches Festival in ESO in 2021

Furniture Recipes for the Witches Festival in ESO in 2021