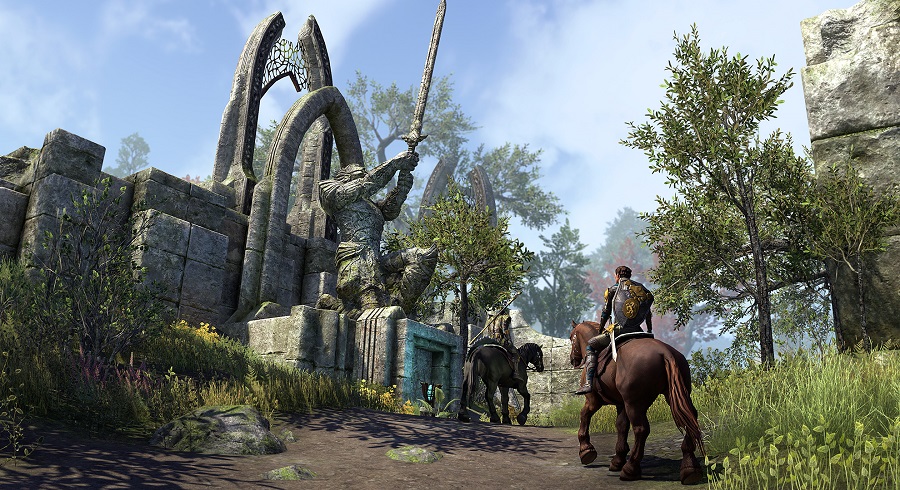 ESO won't end until players leave, says the studio director Matt Firor in an interview with the Washington Post. ESO has been out for 7 years and keeps growing both in player count and content at an accelerated pace every year. The Blackwood Chapter will launch very soon, which has a lot of new content and also comes along with the Console Enhanced update.

In the interview Matt Firor mentions that they had plans for ESO for a long time but didn't really expect it to still grow seven years after the launch. ZOS plans on supporting ESO for as long as players stay with the game. Players all over the world play ESO and it isn't just for hardcore MMO fans, there is something for everybody.

ESO is also available on console and part of the success from it comes from there. Therefore it is a blessing that the new consoles are finally here because they have a lot more power than the last gen consoles. The Console Enhanced update will also ensure that ESO runs on 60 frames per second according to Matt Firor. In addition to that, console will also finally receive a buff tracker, like shown in the video below.

Matt Firor mentioned that there are generally three type of players in ESO. Some players play ESO for its story content with the year long story and the chapters. Others play ESO weekly or daily for dungeons or co-op group content. And then there is plenty of new players that playtest the game to see where and if they fit.

The reason why ZOS calls their big content update chapters and not expansions is because expansions are often perceived as for end game players only. Most people think they will never be able to catch up. Chapters function more like an extra story arc and they are encouraged to start out right with the new content.

You can read the full interview from the Washington Post here.