Furnishing Crafting allows you to craft furniture to place in your house, or to sell to other players for a profit. Furnishing Crafting is an extension of the seven primary trade skills: Blacksmithing, Clothier, Woodworking, Enchanting, Alchemy, Provisioning and Jewelry Crafting.

You don't actually need to own a house to craft furnishings and some furnishings can be made with the most fundamental skills so it's easy to get started.

You can craft furnishings at any crafting station. When used, you'll find a new tab for Furnishing plans related to that station's trade-skill. 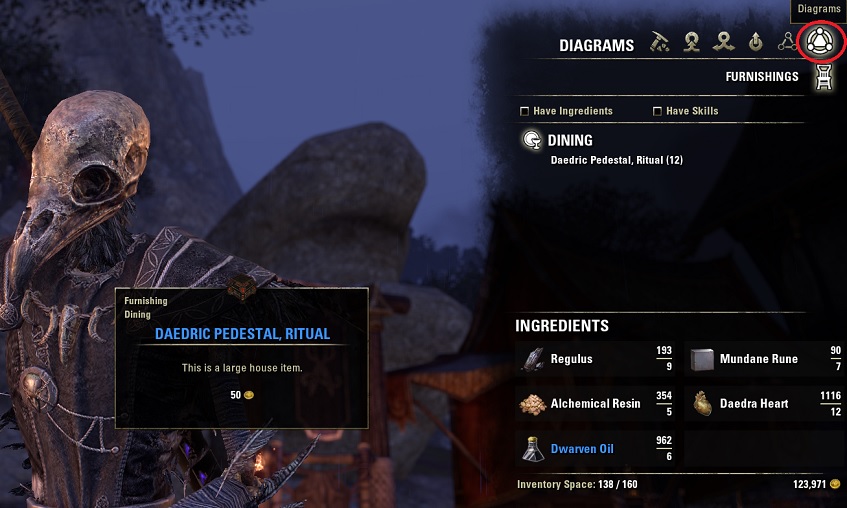 Much as with conventional food recipes, furnishing plans can be found stashed in buildings, backpacks, or within pockets of NPCs throughout the world. Occasionally, you can even find some in ruins or dungeons. If you're stealing furnishing plans, though, try not to get caught! ESO-Hub does list up the location of the items including plans.

In addition to various conventional materials, like style materials such as Adamantite, Manganese, or Nickel, and tiering materials, such as Dreugh Wax or Dwarven Oil, furnishers use new materials that have no level associated with them.